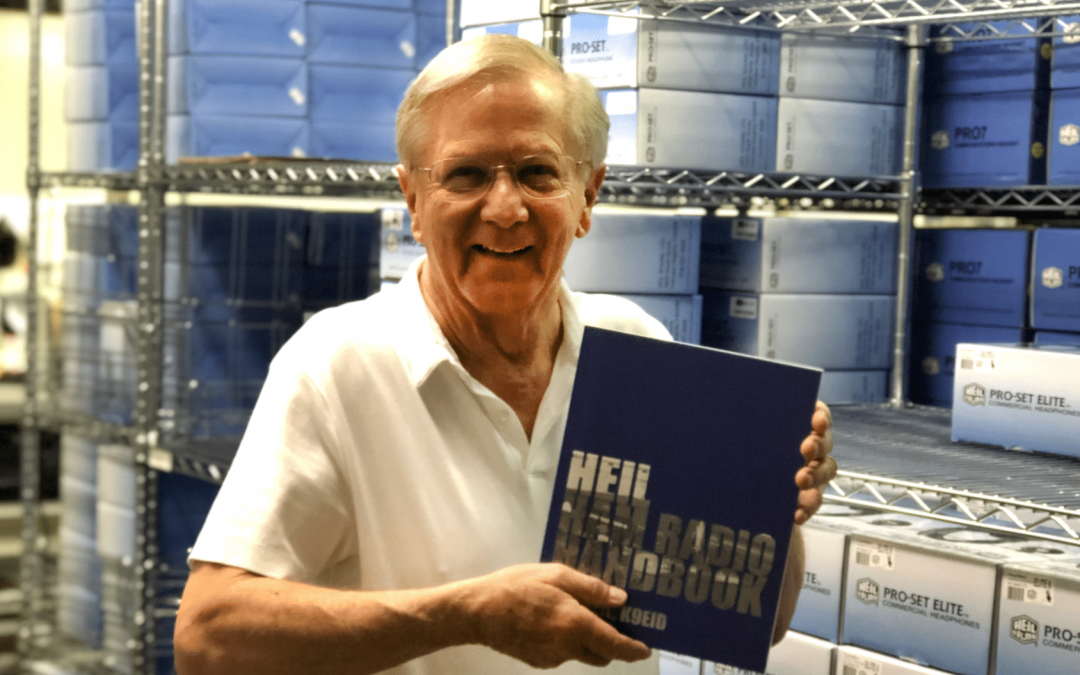 (Fairview Heights IL) In early March the Coronavirus upended the touring and live show industry, just as it upended everything else. Now into summer and prime touring season, the intricate multimillion-dollar machinery that encompasses national as well as regional productions has ground to a groaning halt.

Microphone manufacturer Heil Sound, whose PR Series microphones have been a staple of live sound, saw its customers shelter in place with mics stored in warehouses and storage lockers along with loudspeakers, mixers, and the like.  And while the company and the industry as a whole look for signs of reopening and begin assimilating possible new skill sets for a new day, Heil Sound, whose products are also used in studio, broadcast and podcast markets, has seen a dramatic – and somewhat surprising – upswing in sales from its amateur radio division.

The amateur radio market – better known as “ham radio” – has been a side of the Heil Sound business that most pro audio people don’t see. In many ways it is the antithesis of audience-driven live sound productions – ham operators work alone out of a “ham shack” located in their home where they talk to fellow operators around the world. Joe Walsh of the Eagles is an avid ham radio operator, but for the most part ham radio and pro audio are two different worlds. The Heil Sound amateur radio division has been manufacturing specialized headsets, microphones, and specialized equalization products for this market since 1982. And in the COVID19 world, with people looking for new ways to connect with each other, amateur radio is becoming more popular than ever. In addition to its use as a social tool, the power of ham radio has played a prominent role in previous disasters. In 2005 Heil Sound sent headsets to Hurricane Katrina responders which greatly improved their ability to hear and transmit vital information.

Company founder Bob Heil, designer of the Heil Sound pro mics, spends much of his time these days working with ham radio operators and has seen an increase in interest in the hobby. “The amateur radio market is very relevant and has become more so since the pandemic hit. The FCC reported that amateur radio license applications have increased by 7% and that number seems to be growing. Ham radio operators were social distancing way before that term became popular. During this lockdown period hundreds of amateur radio clubs are holding their meeting using SKYPE or Zoom.  I have three club meetings as well as our Ham Nation video webcast each Wednesday on Leo LaPorte’s TWIT network and we have seen a large increase in our viewers this month.”

Josh Nass is a ham radio enthusiast and teacher who created the Ham Radio Crash Course on YouTube. The site now has 120,000 subscribers, many of them younger who seem interested in the portable, hand-held ham radios. When asked about his audience Josh says, ” I think it helps that my YouTube channel, Facebook group, Discord Server and myriad other social media platforms speak to the people in the language of today, and when possible, I try to demonstrate solutions to aspects of ham radio that cause confusion rather than simply talk to it.  I like to keep in mind the help that I got from gurus like Bob Heil when I first got interested. I guess I’m just passing the knowledge along and helping to keep the hobby alive and growing.”

So, while the company waits for the loading docks of the live sound industry to open up again, ham radio operators keep the chatter going and keep Heil Sound busy in these strange times.