Bob Heil To Receive Honorary Doctorate From University of Missouri

We are thrilled about our latest press release. I guess we’ll have to start calling him Dr. Bob now.

Bob Heil To Receive Honorary Doctorate From University of Missouri

(Fairview Heights, IL) The University of Missouri-St. Louis will grant an honorary Doctor of Music and Technology to Bob Heil during its December 20th commencement ceremony. Heil will be recognized by the university for his contributions to the world of broadcast, live and studio sound, and innovations to the Amateur Radio industry. In addition to receiving the honor, Bob will speak at the commencement. 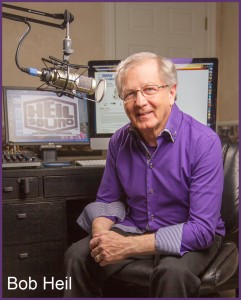 “Bob Heil’s lifelong accomplishment and ongoing innovation speaks for itself,” said Marcel Bechtoldt, the manager of information technology at UMSL who nominated Heil for the honorary doctoral degree. “He continues to add to his many years of research in sound reinforcement and shares his wealth of knowledge in workshops, conference presentations, authored books, podcasts and at educational institutions worldwide. His passion for playing the theater organ and his interests in electronic technology gained in amateur radio at an early age were great foundations, allowing his creative juices to flow through the decades.”

“I am humbled and thrilled to receive this honor,” said Heil. “Throughout my life I have held the belief that human stories, whether told through conversation or song, help tell who we are as people. I’ve been blessed to be part of how those stories get conveyed to the world.”

The University of Missouri System is a state university system providing centralized administration for four universities, a health care system, an extension program, five research and technology parks, and a publishing press. More than 75,000 students are currently enrolled at its four campuses. The health care system operates several hospitals and clinics in central Missouri, while the extension program provides distance learning and other educational initiatives statewide.